13 Reasons Why Review: 4 Common Things between Hannah and Me

Hairun Nisa·October 5, 2018
LIFESTYLE
My hobbies are watching movie, watching movie and movies. Yeah, watching is on the top list of my hobbies. It’s just like a part of my life. I’ve been watching a lot of movies such as thriller, action, fantasy, sci-fi, horror, mystery and else. Lately, I watch 13 Reasons Why, an American drama web TV series developed by Netflix.
It is based on a novel by Jay Asher which is so great. It is adapted by Brian Yorkey. I started to be curious about this TV series when a soundtrack of its’ second season came up. It was Selena Gomez entitled “Back to You”. The cover of it made me wondering and yesterday, I decided to watch it. A bit late but that’s ok, isn’t it? This Netflix series release date was in March 31st, 2017.

13 Reasons Why: What is It All about?

I have watched the first season of 13 Reasons Why in just one night. Dramatic, right? I can be s frontal in watching movies I like. Well briefly, it’s about 13 Reasons Why a high school student commits suicide.
The name of the student is Hannah. Hannah Baker (Katherine Langford). After his death, a man named Clay Jensen (Dylan Minnette) receives a box with 13 tapes in it. It explains the reasons why this beautiful young girl decided to end her life for good.

What a surprise when Hannah says that if you receive the tapes, you are one of the 13 reasons why. All of the people who hurt her, bullying her and intimidate her have received the same tapes that they should listen.

One by one, tape by tape, reveals the truth of what happened and why it is so hard to be her and to be in that high school. What touched me right in my heart is that it is hard to be a good person.

For you who haven’t watched it yet, I won’t write any more information about the plot. I am afraid to be a spoiler that everyone hates. Of course!

4 Common Things between Hannah’s Life and My Life

Need to clarify first that I only watched the first season. I don’t go on the next season. Not yet. I will do it very soon. But, I can’t wait any longer to writing this down. Yes, the common things between the main character of this TV series and me. Surprise!

In the first episode of the 1st season, Clay receives a box full of tapes in it, like I told you above. Yeah, I surprise because I have the same box. When I watch this, the box is just in front of me. I grab that box and compare it. I find that it is totally same.

It is a shoes box from the brand Lower East Side. I bought it for about 2 month ago in a mall. First I think it is just alike but after I do some research in the internet, I find that it is really same. What a coincidence! Or is it not a coincidence? 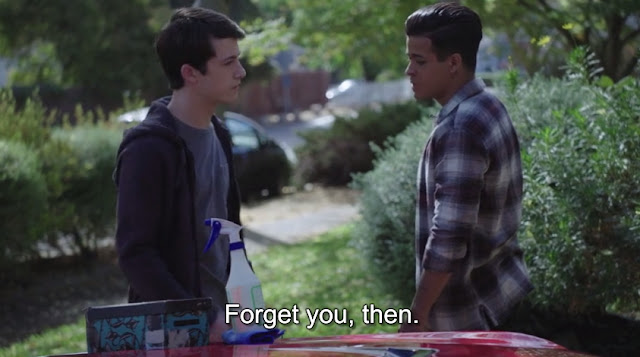 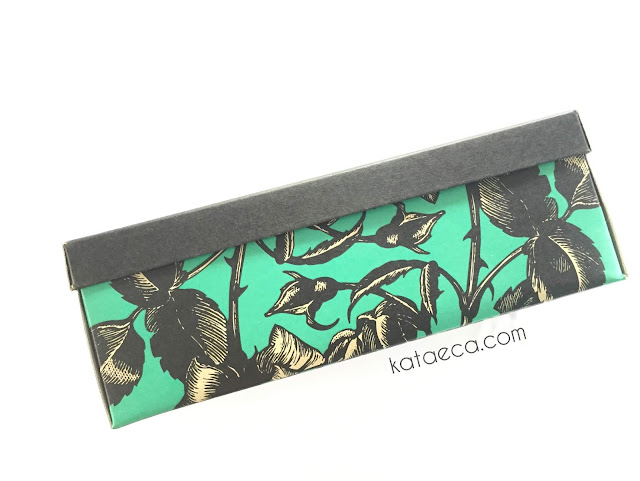 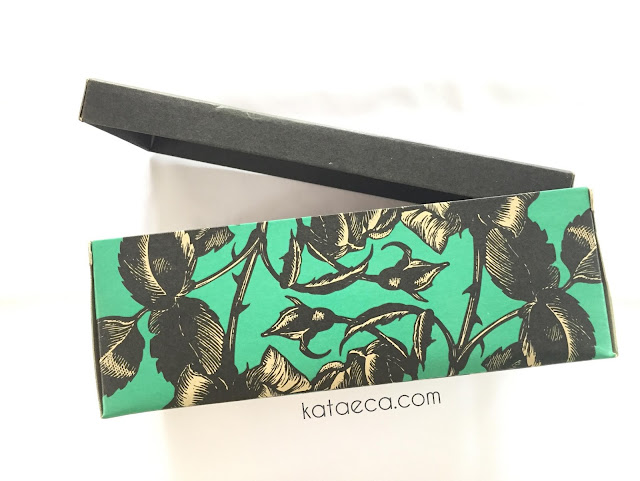 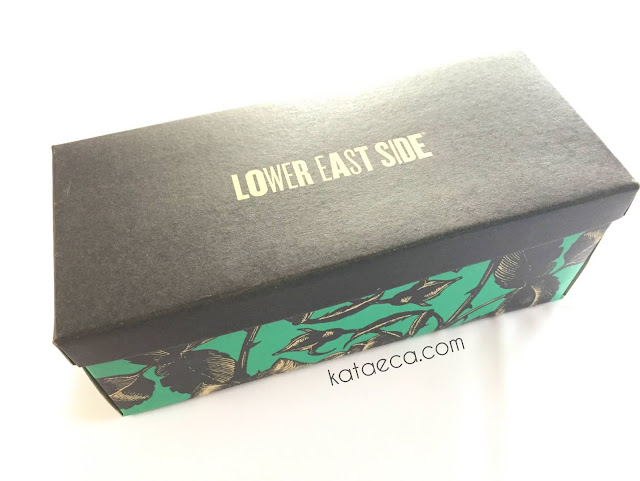 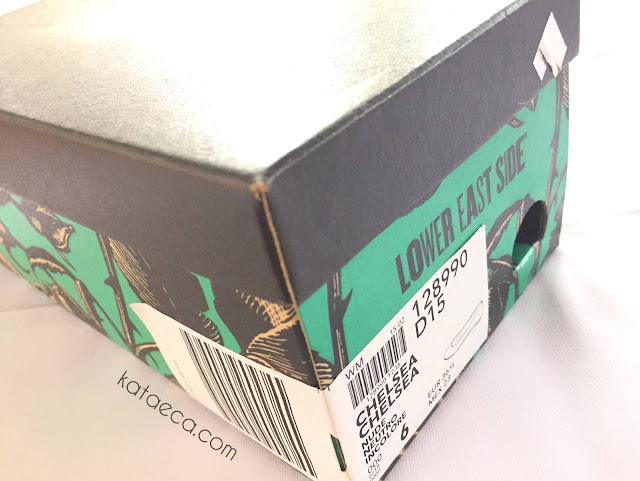 My teachers used to tell me to be a good person even when you are among the worst people in this earth. But then, I grow up and find that it doesn’t always work like that. In this movie, Hannah was trying to the best friend, good person with a good heart.

All she wants to have is a very simple thing: to have a friend and be a good friend. How can this thing be so hard? But, yes it is. Sometimes, we have to act like we like gossip in front of our friends. Pretending that we are on it. Most of the girls don’t like talking about another thing except gossip and rumors.

When we decide to do not do that such non sense stuff, they also decide that we are boring. We are weirdoes and we can be ignored by the rest of high school students. So, it’s common that a bad person is pretending to be a good one. But, it’s also possible that some good people pretend to be bad ones. It’s kind of camouflage. A way of staying exists in this world.

In the ninth episode (if I’m not wrong), Hannah saw her friend being ra**d. She can do something as an effort to stop that from happening. But she doesn’t do it. She can’t. In the different situation and condition, I think it happened to me too.

To help others is something that really fantastic and not everyone can do it. I heard about a high school student who decided to be off from school just because his friends want him to smoke cigarette and he never do it. His friends say that he is not a normal man.

Then, he is being ignored. I ever met him and watched that he is so different from all of his friends in that class. Soon, I realized that he is the smartest student in the class and the good one.

But, it is also so easy to know that there is something wrong between his friends and him. The teachers in that school must realize that and do an action to stop the bullying. As I said, this world is full of watchers. Superhero is so hard to find.

4.    To be teenager is challenging

I remembered when I was a senior high school student. I am not a girl with a book on my hand and talk quietly. I am kind of a girl who is talkative, do the joking a lot and noisy. I hung out with the wrong person too.

I was close with the wrong boy. There were rumors about me too. That’s all about teenagers’ problems. If you are an adult, it may be easy for you to handle it or to just close your ears. But, teenagers just can’t. That is a huge problem for them. It is not easy to be teenager.

That kind of intimidation always happened. Sometimes just a little, sometimes just as bad as what Hannah’s experienced. Mine is not that bad so I can just handle it and be better. But, I do agree that it is not easy for teenager.

Commit suicide and having a mental health problem sound so silly and ridiculous. But please don’t laugh. It doesn’t mean that they are silly. It can be because they are so smart so that they can read the others’ character so easily. They know that most of good things are fake.

Don’t be surprised, but the fact shows that the smarter a person is, the more difficult they can be happy. However, suicide is not the answer! It’s not a shortcut of solving all of the problems.

There are two important things that I learned from that movie. First, we have to be careful of everything we said. There are some people who are fragile and sensitive. They may be not over reacting. May be you are out of control.

Second, don’t think so hard. If you do that, every little thing will be so heavy on you. It can slow you down, tie your legs and then make you drown into deep water. Life is not always fair. Neither easy. To every target out there, I do understand how your feeling is. But please hold on and live still.

So, 13 Reasons Why season 1 is such a great Netflix series. I will continue to the 13 Reasons Whys second season soon. The last, here is the cast and crew of this great TV series. I’ll mention several of them.

Type to search or hit ESC to close
See all results